I have taken some initiative today in adding new features to the site. The first, and most major from a “proper conventions” standpoint is that I have installed an SSL certificate on the server. This means that if you make an account to subscribe to my posts, your login info is perfectly safe. It’s really just about bringing things up to industry standard. A big shout-out to the people at Let’s Encrypt who are a free-to-use certificate authority, compared to the ludicrous $70+ a year other services want to charge.

The other new features are the front page’s propagation and maximum usable frequency infographics. Thanks goes to Paul Herrman, N0NBH for providing a technique to embed these graphics such that they update as new data comes in.  The only downside to the images are that the default means of delivery leads to browsers giving security warnings on an HTTPS site such as mine.  Some extra scripting fixed the problem, so I hope folks find the new resources a useful addition to my website.

I Still Exist…So Does My Antenna

We in grid EN91xe had some brutal amounts of wind last night! My shack’s base station is connected to a GAP Titan DX antenna which is 25 feet tall on its own. However, I mounted it to a 10-foot mast because of some recommendations I saw online, along with making it much easier to mow, harder for idiots to reach while transmitting, etc. So I have a 35-foot behemoth in the backyard.

I have guy lines to help stabilize the antenna because 35 feet makes for a very large lever should it start bending. The antenna and mast both have a small cross-section when it comes to wind, and using guy lines is technically optional, so I used some large tent stakes to secure the guy lines. Well the wind last night, for the first time since constructing the antenna, was so strong that one of the stakes was ripped completely out of the ground! In fact, the ground was so thoroughly torn up and loose from the stake ripping free that I couldn’t just drive it back in, I had to move the stake by about 5 feet.

I guess I will be looking for even sturdier anchors to drive into the ground. More alarming, I may need to move the quick-mount for the entire antenna in case it was loosened too. 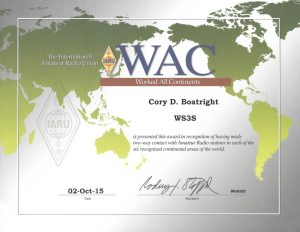 Unlike the others I’ve posted so far, this was not from the 10-meter contest.  Rather, this was my first contact on HF.  I got the courage up to actually try transmitting and as luck would have it, my signal was received over 3,100 miles away. 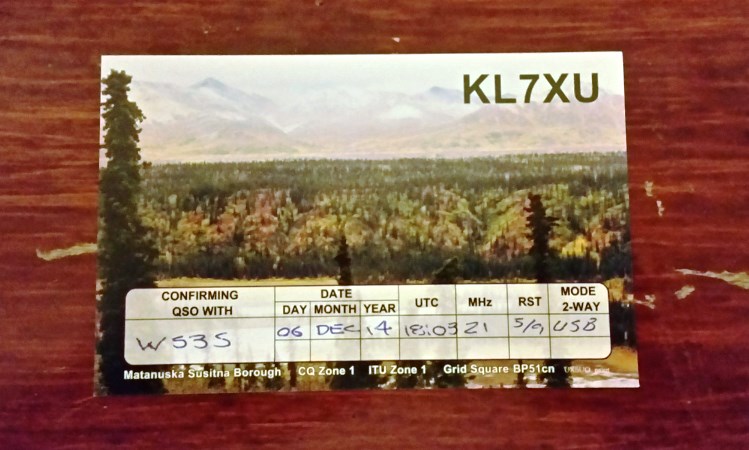 I’ll have an ARRL “First Contact” certificate soon thanks to this card.

Slight irony having both “virgin” and “first” in the title, I suppose. 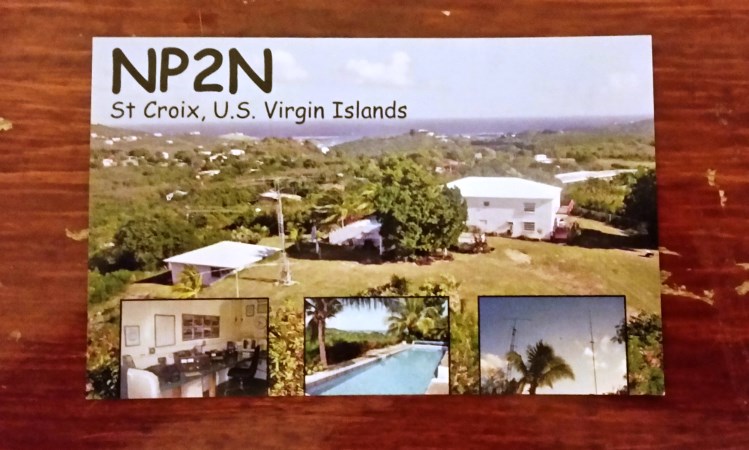 Also during the 10-meter contest. 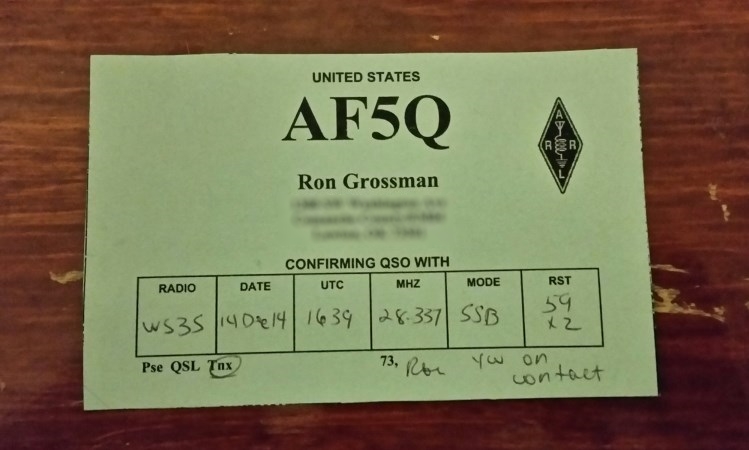 Reaching Oregon during my first 10m contest made me realize my other long-distance contacts weren’t just flukes. 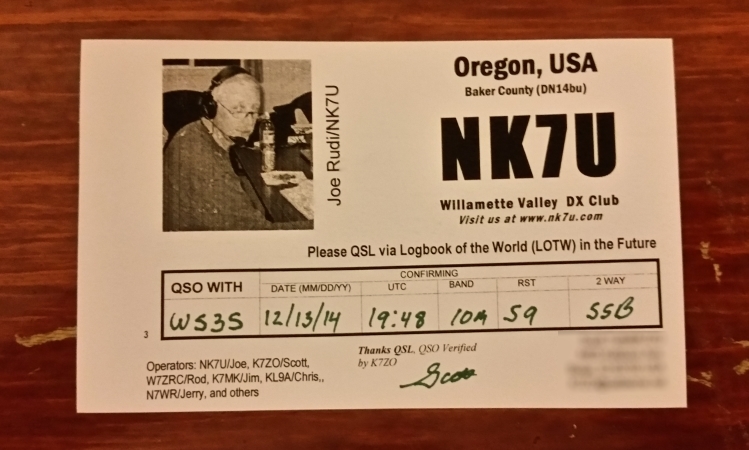 I still send paper QSLs but also use LoTW, as suggested.